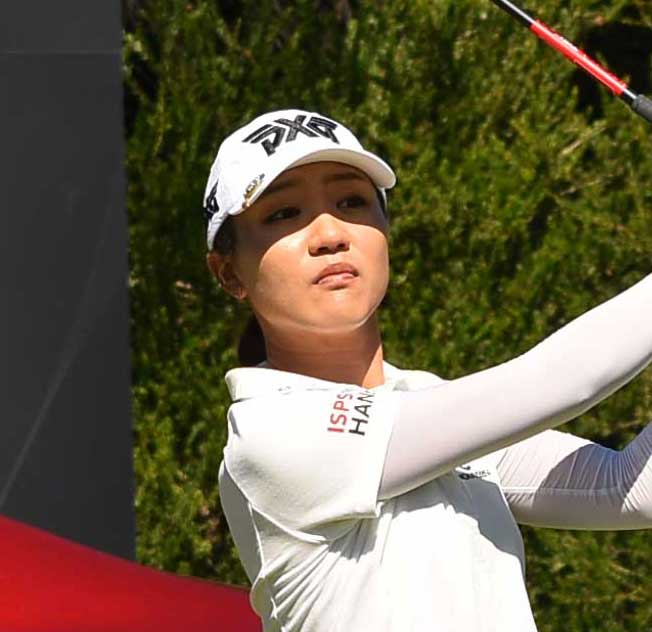 Lydia Ko – back to her brilliant best – file photo

New Zealand’s Lydia Ko has today won her 16th LPGA Tour title but her first since the LPGA MEDIHEAL Championship in 2018 and just her second in nearly five years with a seven-shot victory at the Lotte Championship in Kapolei, Oahu, Hawaii.

Ko’s final round of 65 gave none of her chasers a chance, a back nine of 31 putting the final nail in the coffin of those hoping to chase her down.

Ko had finished runner-up to Cristie Kerr in this event in 2017 but after taking a one-shot lead over Nelly Korda into today’s final round she was never headed, extending her lead to four through nine holes, to five through ten before adding four further birdies and eventually cruising to victory over Korda, Inbee Park, Sei Young Kim and Leona Maguire.

Ko is back to what appears to be her best having finished runner-up on two occasions in four starts in 2021 prior to this win, the last of those at the recent ANA Inspiration Championship.

Ko’s victory will take her to the top of the 2021 money list on the LPGA Tour to $791,000, moving past Nelly Korda to do so but remains just behind Korda in the Race to the Globe standings.

The work Ko has been doing over the past twelve months or so with Tiger’s Woods former coach, Sean Foley, is now taking full affect and now that she has found her way back into the winner’s circle and, in the form she is in, it would seem more is to come.

“I think Sean has obviously helped a lot in the technical aspect, but he’s also been super helpful for me for a lot of things that goes on between the ears. He has been there to like slap me out of it if I’m not thinking right or over-complicating it. He’s kept it really simple for me.

“I think he’s just somebody that like has built up a lot of confidence, and I think at the end of the day the confidence and belief in yourself is the 15th club in the bag and almost the most important club.

“I think when that’s there you are able to play with a bit more freedom, and he’s really helped me with that. We’re continuously going to work on the same things. I know some days it’s not going to be good, but as long as I know and have a better understanding of my game, I think it just makes it a lot more simple.”

Ko has a new caddie on her bag this week but he (David Jones) has worked for her previously, this week’s arrangement also a one-off as Jones’ regular boss is not playing this week.

Ko’s regular caddie, Australian Jason Hamilton, will be back next week in Los Angeles for the next few events but he will be gutted to have missed such an important milestone for Ko.

“This was like a last-minute thing that I had to arrange, and luckily Sung Young wasn’t playing this week and she was kind enough to let me borrow Dave just for this week,” added Ko

“And Dave being somebody that I had worked with prior to this week, it makes it a little bit easier and a bit more comfortable. We’re not starting things from scratch.”

Hannah Green did best of the Australians when she finished 12th after staging a fine recovery from three bogeys to start her final round.