Can Day add another major to his 2015 PGA Championship? – photo PGA of America

Four months after it was meant to happen, the first major golf title of the year will be decided this week at the TPC Harding Park, just outside of San Francisco, where the USPGA Championship is up for grabs.

Amongst the six Australians to have made the field, the main hopes appear to rest with Jason Day and Mark Leishman. The country’s leading world ranked ranked player, Adam Scott, plays his first tournament since the Arnold Palmer Invitational in March and must surely need some time ‘in the middle,’ as the cricketing saying goes, if he is to be threatening at this level.

Day, therefore, especially given his encouraging play of late, shapes as Australia’s best prospect despite ongoing niggling back issues. He has been able to overcome his long term ailments with three consecutive top tens in his last three starts and, as a proven big event performer, his chances appear good to record his 16th top ten in major championship golf and, just perhaps, something significantly better.

Day has continued to make changes to his entourage with long-time friend, mentor and coach, Colin Swatton being let go as the now 32 year old pursues the formula that will allow him to return to the level which has seen him win one major and two World Golf Championship events amongst his 12 PGA Tour titles.

Make no mistake, Day has already produced a stellar career in the game, especially given the medical and injury issues he has had to overcome. His vertigo and back issues, amongst others, have held him back from winning even more titles and more money than the massive US$47 million he has already accumulated in on course PGA Tour prizemoney.

That US$47 million has him currently in 12th position on the all-time career money list on the PGA Tour and behind only Adam Scott’s US$55,000 amongst the Australians who have plied their trade on professional golf’s holy grail over the years.

His win at the PGA Championship in 2015 swept him to the elite of Australian golf and one is left to wonder just where an injury free Jason Day might sit amongst the all-time greats of Australian golf had he not been plagued by a body that regularly breaks down.

It should be remembered, however, that Day is but 32 years of age and if he can continue to play at the level he has been of late then another major title is perhaps not the remote possibility it might have been considered six months ago.

Scott has been preparing for his return to the PGA Tour at his home on the Sunshine Coast of Australia and in more recent weeks in the US, determined to let the dust settle before he exposed himself to the new look PGA Tour.

He would, therefore, appear to be a little underdone for a successful tilt at a second major title although he has shown previously that a limited schedule can work in his favour. Despite his undoubted class he would not appear ready for the heat of a major battle. 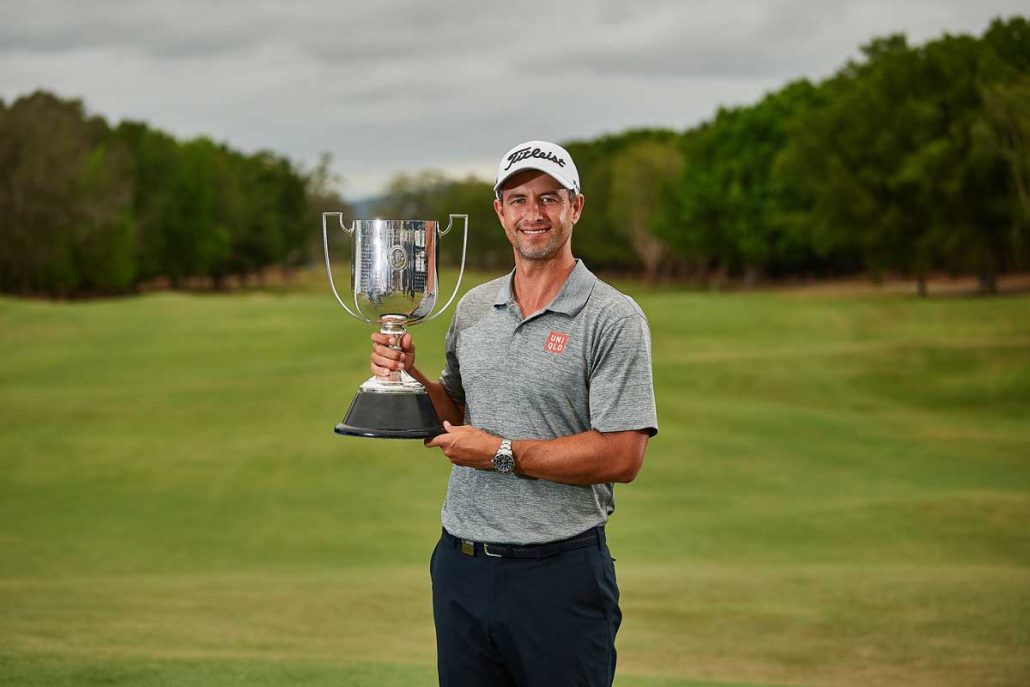 Adam Scott – one of his more recent wins but is he ready for a major?

Marc Leishman was runner-up in the last event Adam Scott played at Bay Hill but since his return to tournament golf he has finished no better then 40th in five starts and therefore his chances appear slim.

Cameron Smith has been even less impressive in the five events he has played of late and it would be a surprise if he contended.

Matt Jones and Lucas Herbert make up the balance of the Australians, Herbert with just one start since his runner-up finish at the New Zealand Open in early March. He performed with some credit at last week’s WGC event in Memphis but in what will be just his 4th major championship this will be a learning curve for the Victorian who is no doubt enjoying being away from his home state at present.

Jones played well enough in the Workday Charity event a few weeks ago but it would seem that the current Australian Open Champion might struggle this week.

So all roads point to Jason Day to head the Australians and although his injuries tend to make him a week to week proposition, he is all class and has thrown out signals of late that he is returning to his best.

Want to join the discussion?
Feel free to contribute!

A Friendship With Norman Von Nida