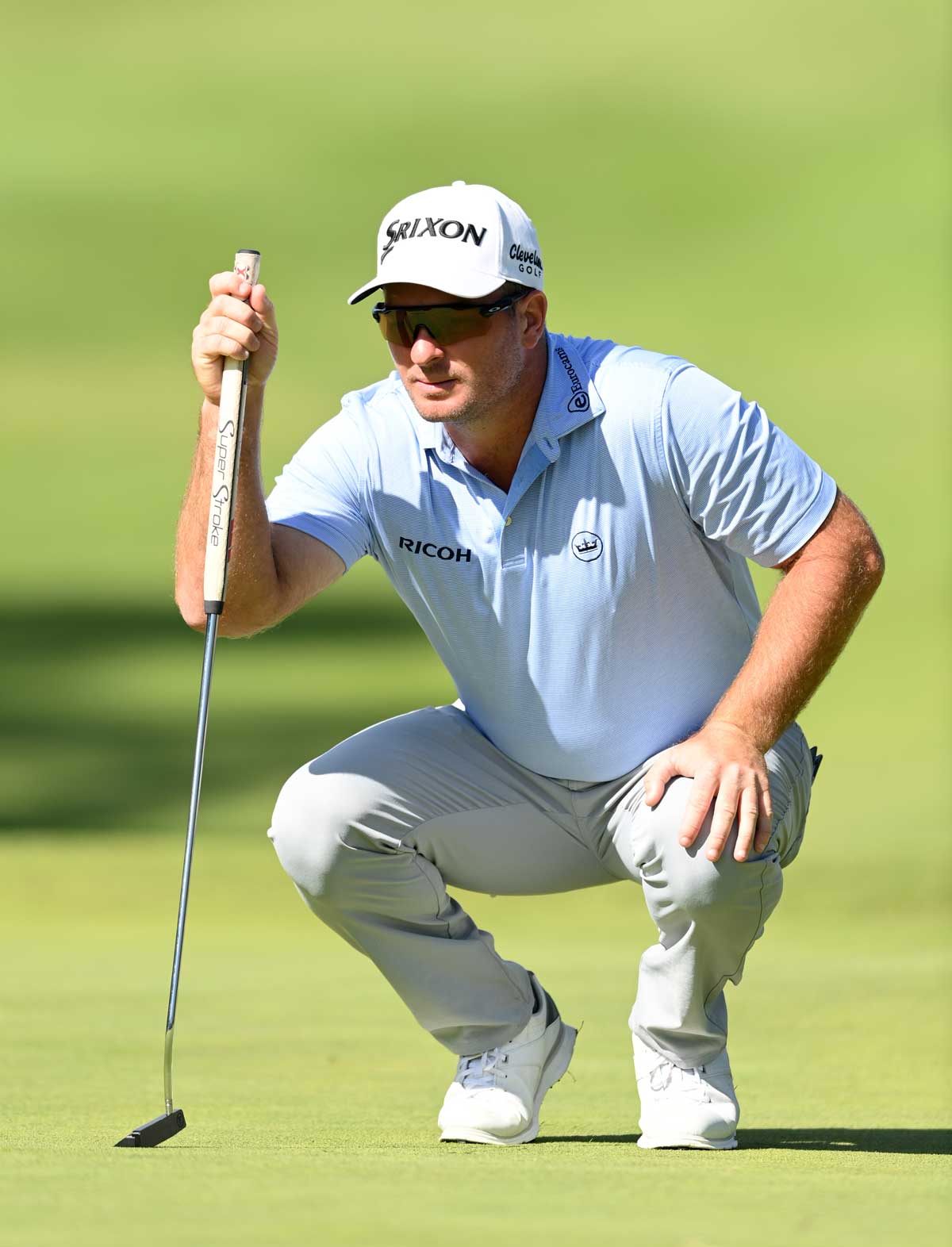 New Zealand’s Ryan Fox has had a solid, if unspectacular, season to date on this year’s European Tour having made 15 of 19 cuts to date but on only one occasion, has he finished inside the top ten, that coming when 6th in Saudi Arabia in February.

There have, however, been five other top fifteen finishes and thus he is in 50th place in the Race to Dubai standings and has no concerns about his immediate future but this week’s Estrella Damm N.A. Andalucía Masters in Spain could turn a solid season into something significantly better.

Fox added a second round of 69 at the famed Valderrama to his opening 70 to be just one back of the Frenchman, Romain Langasque, and finds himself sharing second place with England’s Matt Fitzpatrick and Laurie Canter and Sweden’s Sebastian Soderberg.

Despite a rather roller-coaster start to his second round, which included an eagle, a birdie and three bogeys in his opening five holes, Fox steadied the ship to be very much in the thick of things in the €3 million event.

“My patience and the score (has pleased me most), said Fox. “This place has beaten me to a pulp the last time I played it. I came in with no expectations whatsoever.

“You know you get some bad bounces and a few funny things happen around here, I’ve just gone with the flow and that’s helped me a lot scoring-wise. On top of that, I’ve hit the ball solid the first two days.

“There’s not a lot of shots you can relax over, even a two-foot putt around here has nightmare written all over it, if it’s a little downhill you know you can have a four-footer coming back if you make a mistake.

“I kind of like it, in that sense, where you have to think about shots. A lot of times you’re forced to hit a shot, move it around a tree, my brain enjoys that, but you come off a little tired. I’m looking forward to dinner and getting to bed.

“The whole year I felt like I’ve played solid but not spectacularly. Every week there’s been something that hasn’t quite been there, whether I’ve putted poorly, chipped it poorly or hit my irons bad – it’s not been the same thing every week. This week I’ve done everything pretty solid, hopefully it’s the start of it for me even though I’ve got one more week in the season next week.”

The notoriously demanding layout has claimed many victims this week including the world number one, Jon Rahm, who, playing in front of an adoring home crowd, finished his opening 36 holes at 10 over par to miss the cut by five shots.

West Australian Jason Scrivener is the next best of the down under brigade, the 32 year old in a share of 10th place after an impressive second round of 68, the second best round of the day.

Is this one of golf’s most underrated performances?