You are here: Home1 / Uncategorized2 / Litmus test for Lydia Ko in California

With just one event remaining before the first major of the LPGA Tour season, this week’s Kia Classic in Carlsbad in California takes on even greater meaning as players, many of them the female game’s elite, prepare for next week’s ANA Inspiration in Rancho Mirage.

Inbee Park brings her winning form to an event in which she has twice finished runner-up and her progress towards a possible 8th major next week will be watched with interest.

Much of the focus may well however be on a former winner and 3rd placegetter in the event, Lydia Ko, who last week missed the cut for one of the few times on the LPGA Tour and whose game appears to be a long way from where it needs to be if she is to contend this and next week.

Interestingly, Ko also missed the cut in the Kia Classic last year so this week is somewhat of a litmus test for the still only 20 year old.

Comments from one of her playing partners last week, Cristie Kerr, would not have made her task any easier this week, Kerr suggesting that Ko’s game was not in good shape and that she seemed a little lost.

Ko’s ongoing changes in her entourage which included yet another coaching change in the off season created even more of a mystery when she recently suggested that by the end of last year she was beginning to play solidly.

Ko defeated Inbee Park by four in 2016 and finished three behind Kerr in 2015 so she does boast a good record in the event overall and hopefully a return to this venue might assist her cause in getting things on track for what lies ahead. 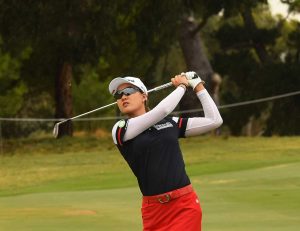 Lee is by some way Australia’s best at present, but she does not enjoy a good record in the event having missed the cut in two of her three starts. In her three starts this year however she has been inside the top six so her current form is good and perhaps she can improve on her ordinary stats at the Kia Classic.

Steve Williams – passing on his vast knowledge
Scroll to top