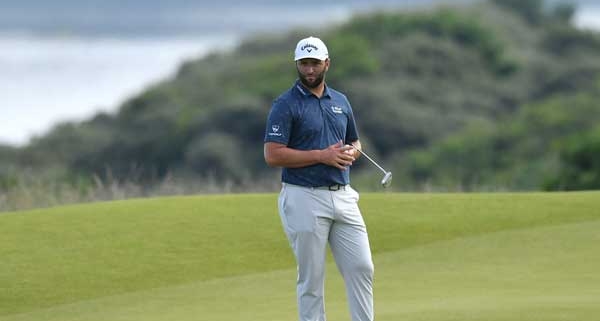 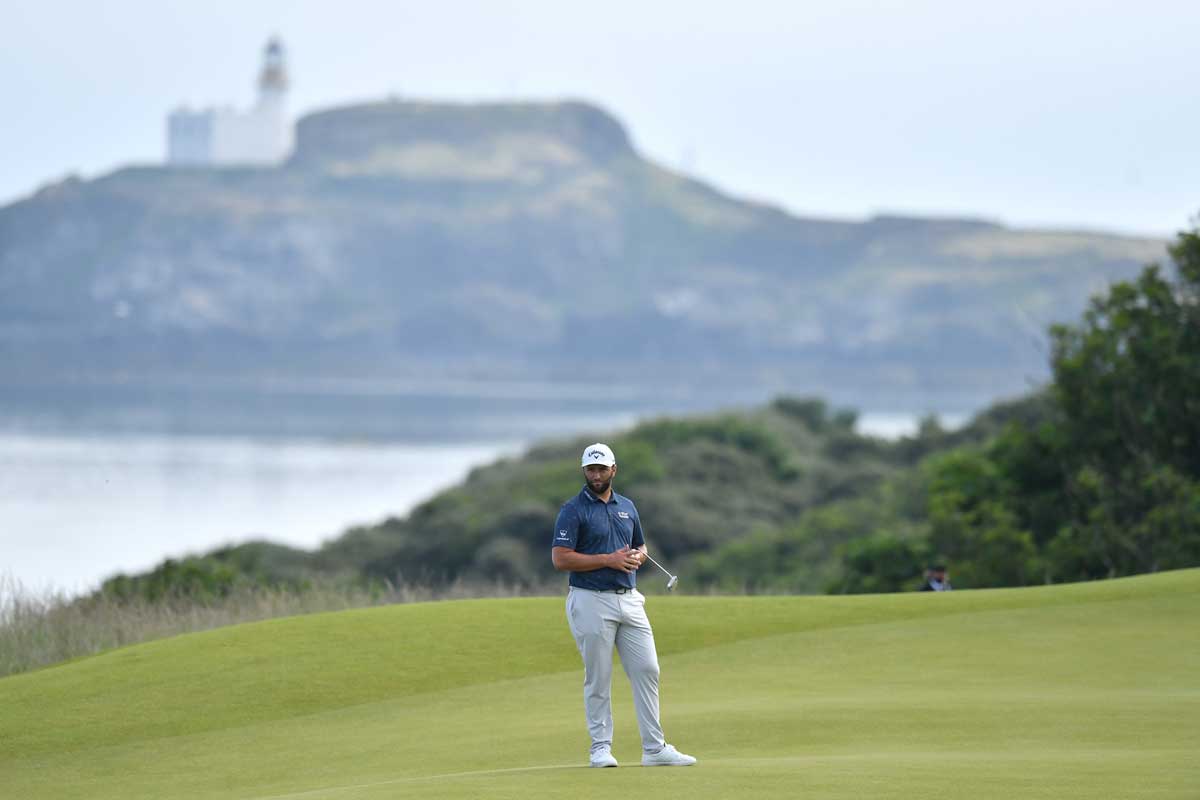 World number one and recent US Open Champion, Jon Rahm, opened his second round of the abrdn Scottish Open at the Renaissance Club in North Berwick with a front nine of 29 but, as the day drew to a close, he was caught in the lead by Belgium’s Thomas Detry and England’s Jack Senior.

The trio lead by one over George Coetzee, Lee Westwood and Matthew Fitzpatrick as the event heads into the weekend.

Rahm, who already has four European Tour titles to his name including two on links golf courses, was seven under through ten hoes and threatening to run away with the event as early as mid-morning on Friday but bogeys at his 11th and 13th holes slowed the momentum.

As he would later suggest links golf can be a brute in the normal windy environment but when there is no wind the layouts are usually there for the taking.

“I think we were fortunate the first seven, eight holes, really no wind at all. So when you play a links golf course with no wind, you can make some birdies.

“But you’re always going to struggle through a couple holes and I tried to minimise as much as possible. I would say through the whole tournament yesterday and today, maybe short game needs to be a little bit better, when I miss a green, give myself better chances for par – hopefully clean up a couple of mistakes.

“I think everything can get a little bit better. The first ten holes, I made perfect golf, and after that, a couple tee shots, maybe more than anything, decision-making. Meaning that if you’re ever in between clubs or you don’t see a shadow or you’re not comfortable step in the back and commit to a shot, and that’s important in a tournament and golf course where conditions are ever-changing.”

The Spaniard won the US Open at Torrey Pines three weeks ago, that coming two weeks after being tested positive for Covid when leading the Memorial by six shots through 54 holes. His physical and mental bounce back has been, therefore, simply stunning.