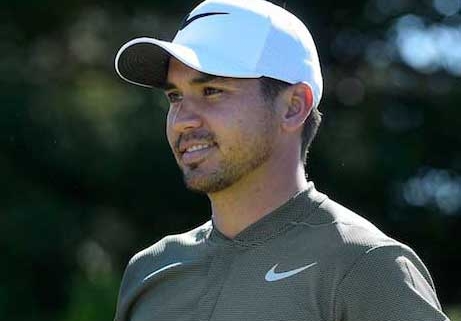 Despite being yet to win the event, Jason Day has an enviable record at the AT&T Pebble Beach Pro Am and today he created an opportunity for that record to continue and for him to perhaps even better his previous best when runner-up in 2018.

Day has played the event on eleven previous occasions and has finished inside the top ten in seven of those, five inside the top 5, but in breezy conditions today, Day added a third round of 68, the equal best round of the day amongst the leading groups and has jumped 8 positions to a share of 7th.

He is now just three shots from the leader, Jordan Spieth, whose cause was helped with a hole out eagle from 160 yards at the 16th.

“My putting was something that saved me out there a few times,” said the Ohio based Queenslander. “It would have been nice to convert 14 and 18, get those birdies, try and get at least to 12.”

“But, overall, it was a tough day, it was blowing 15 to 20, sometimes a little bit more, the greens are soft so sometimes you’re hitting 30 off a club and try and just chip it in there so it wouldn’t spin.

“It’s always nice to be in contention, especially on any given Sunday. I’ve had good experiences here in the past, I’ve had good finishes, tomorrow’s going to be a great day weather-wise.

“I just enjoy walking the golf course here, it’s beautiful from the first tee to the last and I just got to keep my head down and move forward.”

Not only does his effort to date this week offer Day hope for his first win since the 2018 Wells Fargo Championship, it’s a reflection on the fact that he is now playing without many of the injury issues he has battled over the years allowing him to free-wheel in the manner which has seen him as one of Australia’s most successful players on the PGA Tour.

To date, Jason Day has won a major championship (PGA), a Players Championship and two World Golf Championship events amongst his 12 PGA Tour titles and has earnings of US$48 million since first joining the PGA Tour as a member in 2008. It is a phenomenal record already.

To think he has been able to do it with the significant injury (back) and health (vertigo) issues that have plagued him throughout his career, begs the question just how much better his record might have been with a free run in that regard.

That this week’s effort has followed two missed cuts to start the year reflects changes he has been making to alleviate his long term back problems and he has talked this week of now being able to play with a lot more freedom than has been the case for quite some time.

“The last two years have been really tough on my body. Honestly, I was hoping I was going to get to 35 (career).

“I feel like I’ve kind of set myself a goal where I want to play to 50 now because I feel good with my body, whereas before I was saying I just want to get to 40 and call it quits. So, I feel really positive about my body and I know that I’m 33 now and I’ve got a lot of years left as long as I want it in my head.

Referring to the work he has been doing with coach Chris Como, Day responded:  “It is difficult to try and want, to want it perfect straight away, but you just got to just chip away at it because if you go full bore things get really tough. You get stuck in between patterns and you start thinking about more technical issues out there on the golf course and that’s not what you want, especially when you’re playing competitive golf.

“When I have an injured back I’m in the worst mood ever. And I feel very positive and I feel like things are moving in the right direction for the first time in a long time. So attitude is much better and I’m just happy to be out here playing golf.”

Spieth leads by two over Nate Ashley, Daniel Berger, Tom Hoge, Russell Knox and Patrick Cantlay, with Day another shot back. Berger was tied in the lead with Spieth until driving it out of bounds at the last and took double-bogey.

New Zealand’s Tim Wilkinson and Australians, Cameron Percy, Cameron Davis are not without hope of a very good week, that trio tied at 6 under and in a share of 20th.

John Senden is at 5 under and Matt Jones at 4 under.