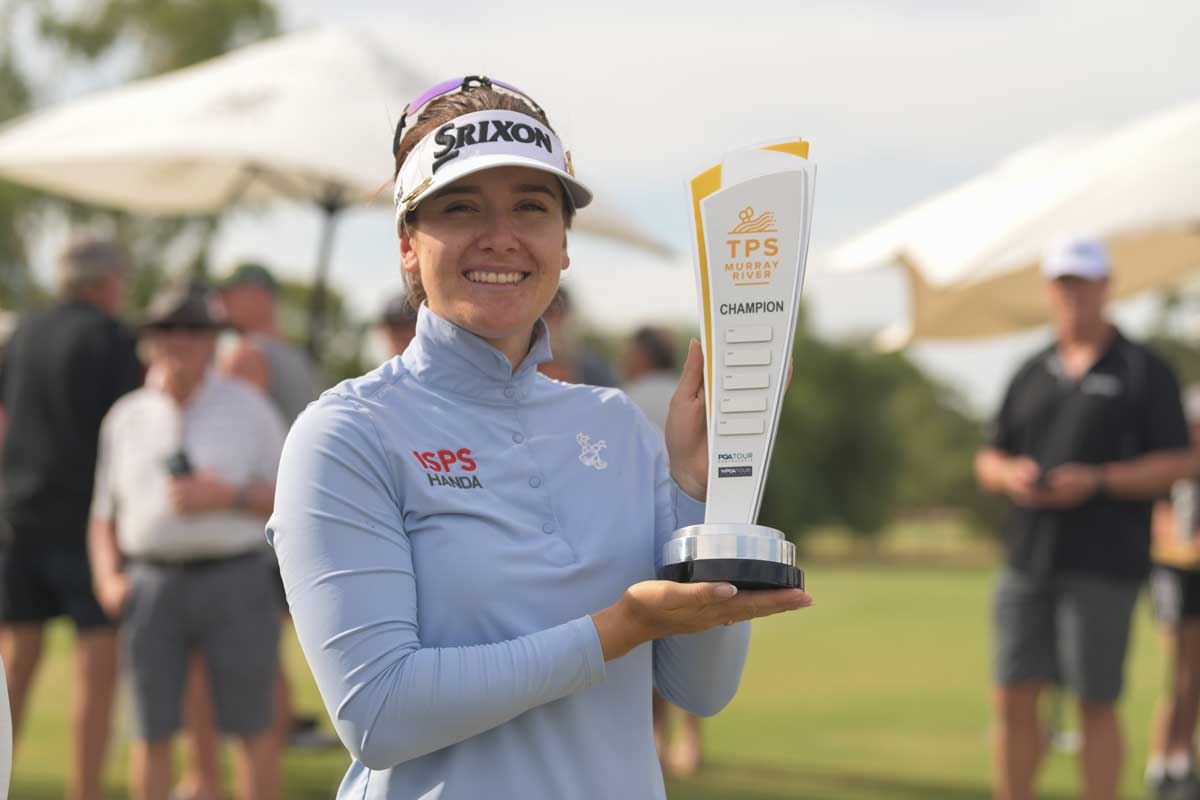 Perth’s Hannah Green might have had the benefit of playing from the forward tees available to the women’s field in this week’s TPS Murray River event in the cross-border townships of Cobram Barooga on the Murray River, but the highest ranked golfer of either gender in the field showed why she is just that with a four-shot victory in the $200,000 event.

Green was one of four golfers tied in the lead at 15 under par as the event entered its final round today although the early stages of the day became a contest between Green and NSW Japan Tour player, Andrew Evans – until the 10th hole that was.

It was at that point when Green, one of only four Australian females to win a major championship, separated herself from the field when she chipped for eagle in from just short of the near driveable par 4, then added another birdie at the 11th to race clear.

Others would then join Evans in the race for second place, but Green held on to win comfortably and complete a great start to 2022, this being her second win in as many starts following her Vic Open victory last week and earn $36,000 to go with her $72,000 last week.

“I feel amazing,” said Green. “I’m just so grateful that I came. It actually wasn’t my plan to play; I was hoping to go back to Perth. Things happen for a reason so I’m really glad that I made it,” added Green, who last Sunday won the Vic Open title at 13th Beach.

“I wanted to win these two events as soon as I said that I’d enter them. I didn’t think it was a ridiculous goal to try and get my name on these trophies so now that that’s done hopefully I can continue this momentum.

“I want to be in the top-10 in the world. I think I can achieve it. If I keep playing the golf that I am now hopefully I can get there.”

Green is currently ranked 30th in the Rolex Rankings for female golf but she has been as low as 13th and today she gave an indication of why she is not only ranked so highly but rated so highly by the industry and her peers.

This was just her second tournament of the year and given her win last week and this convincing performance the break she has had has done her well.

Evans regained his Japan Tour playing rights late last year when winning the Tour School in that Country while Hopewell could now be considered one of Australia’s best young prospects, having won the West Australian Open in 2020 as an amateur amongst many other titles.

The winner now heads to Singapore for her first LPGA Tour event of 2022 and takes an impressive vein of form with her.